This will be the final big anti-nuclear demonstration for 2014 organized by Metropolitan Coalition Against Nukes that runs the Friday evening protests in front of the prime minister’s residence. We are calling for people from around Japan to take part.

The demonstration gives us the opportunity to voice our opinion on different subjects with a focus on halting the restart of the Sendai Nuclear Power Plant as well as protesting the restart of all other plants, the review of the basic energy plan and export of nuclear technology.

To all those people who have never taken part in a demonstration, this is your big chance! Everyone is welcome! 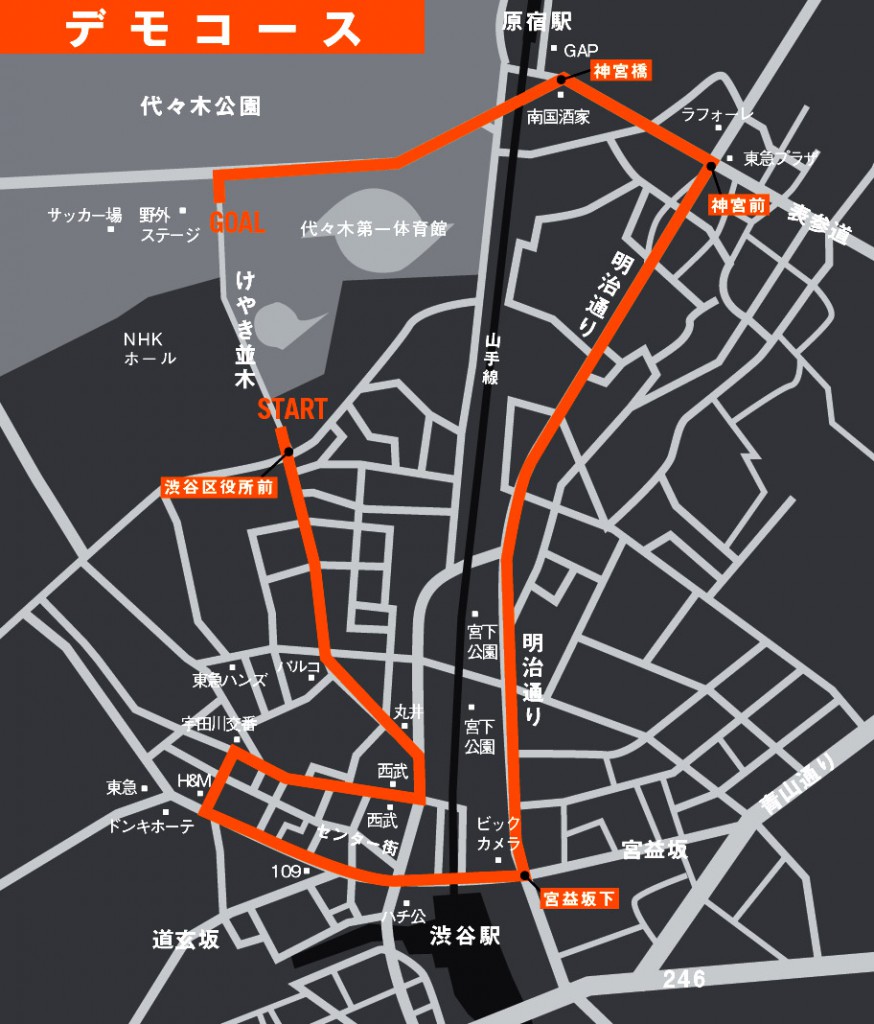 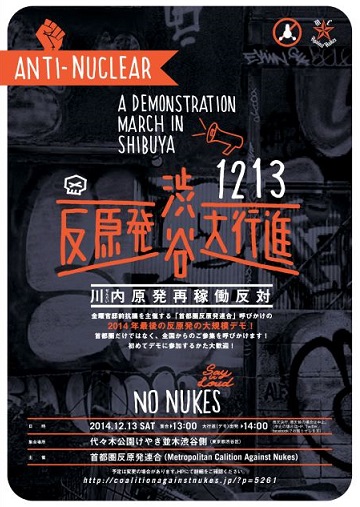 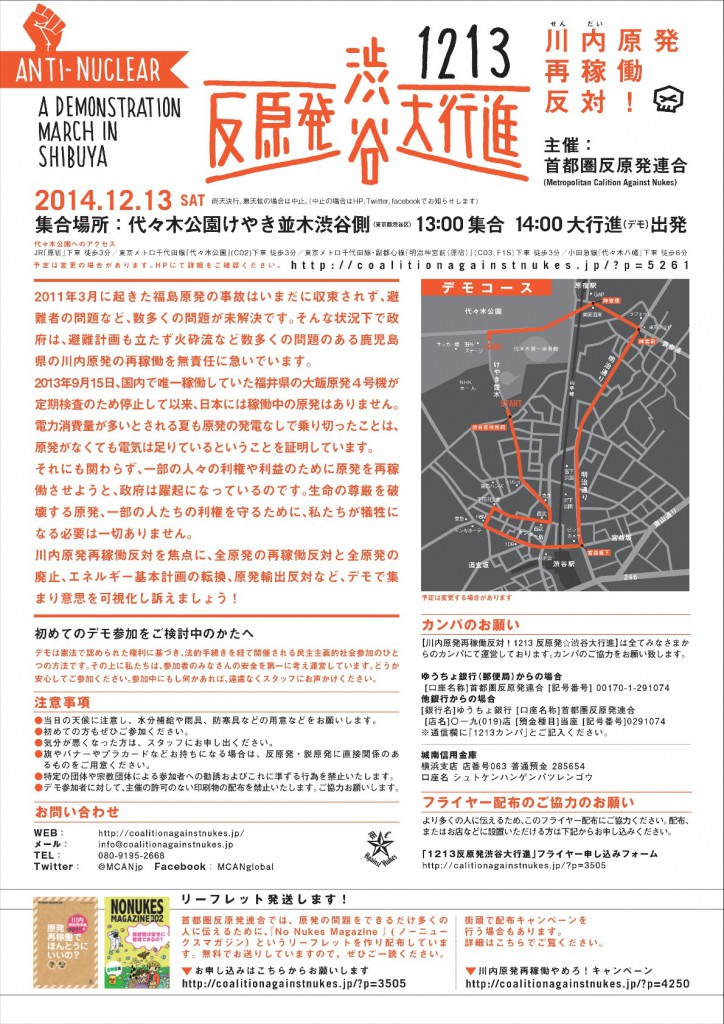 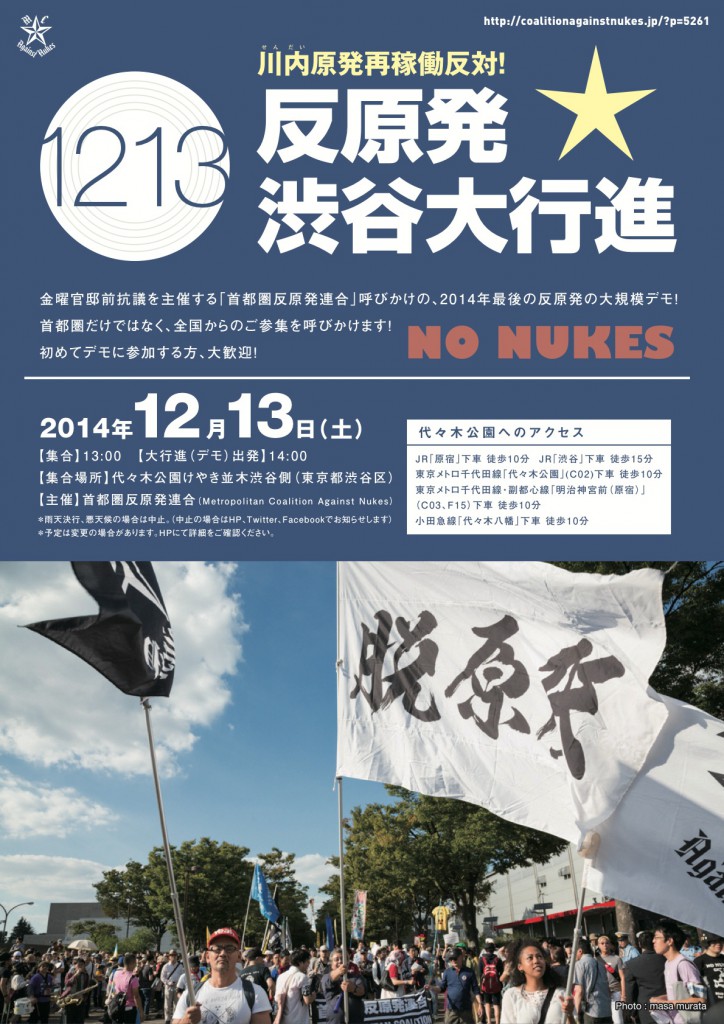 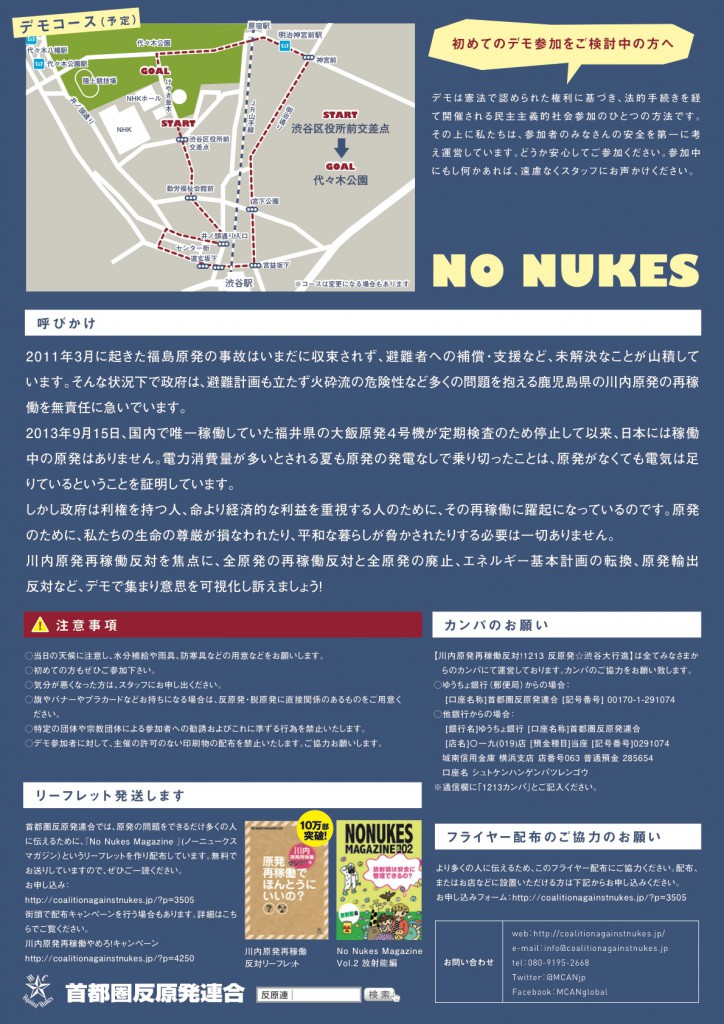 Appeal
There has still been no resolution to the nuclear accident that occurred on March 2011. This includes a number of lingering problems, including the issue of evacuees. Despite this, the government is pushing ahead toward the completely irresponsible action of restarting the Sendai Nuclear Power Pant in Kagoshima Prefecture, which is riddled with problems such as risk of explosion and leakage, while an evacuation plan has yet to be created.

Since operation of the No. 4 reactor of the Oi Nuclear Power Plant in Fukui Prefecture, which was the only nuclear plant in action in Japan, was halted for routine inspection on September 15, 2013, there have been zero nuclear facilities online in Japan. The fact that it was possible to pass summer, when electricity usage is at its peak, without any nuclear power, proves that there is enough power in Japan without resorting to the use of nuclear plants. Despite this, the government has been trying to restart nuclear plants throughout Japan for the sole benefit of a few individuals and corporations.

There is no need whatsoever for us to be sacrificed just to protect the interests of a few people. Nuclear power can destroy the sanctity of life. Come along to the demonstration and make your voice heard!