The following outlines our main activities to date.

・The number of attendants grew rapidly from 300 to 600 between March and June 2012, then grew from 12,000 to 45,000 and peaked at 200,000 following Prime Minister Noda’s decision to restart the plant. These protests have spread nationwide to over 40 locations.

◇Nov. 11, 2011 “11.11 One Million Strong Against Nuclear Energy“
Around 100,000 people marched in front of the Diet building, Prime Minister’s office and various ministries (Economy, Trade and Industry/Education/Finance/Foreign Affairs/Health, Labour and Welfare), as well as TEPCO and J-Power.

◇Oct. 22, 2011: “Rally for a Nuke-Free World in JAPAN” (meeting & demonstration) in collaboration with the U.S.-based Coalition Against Nukes。 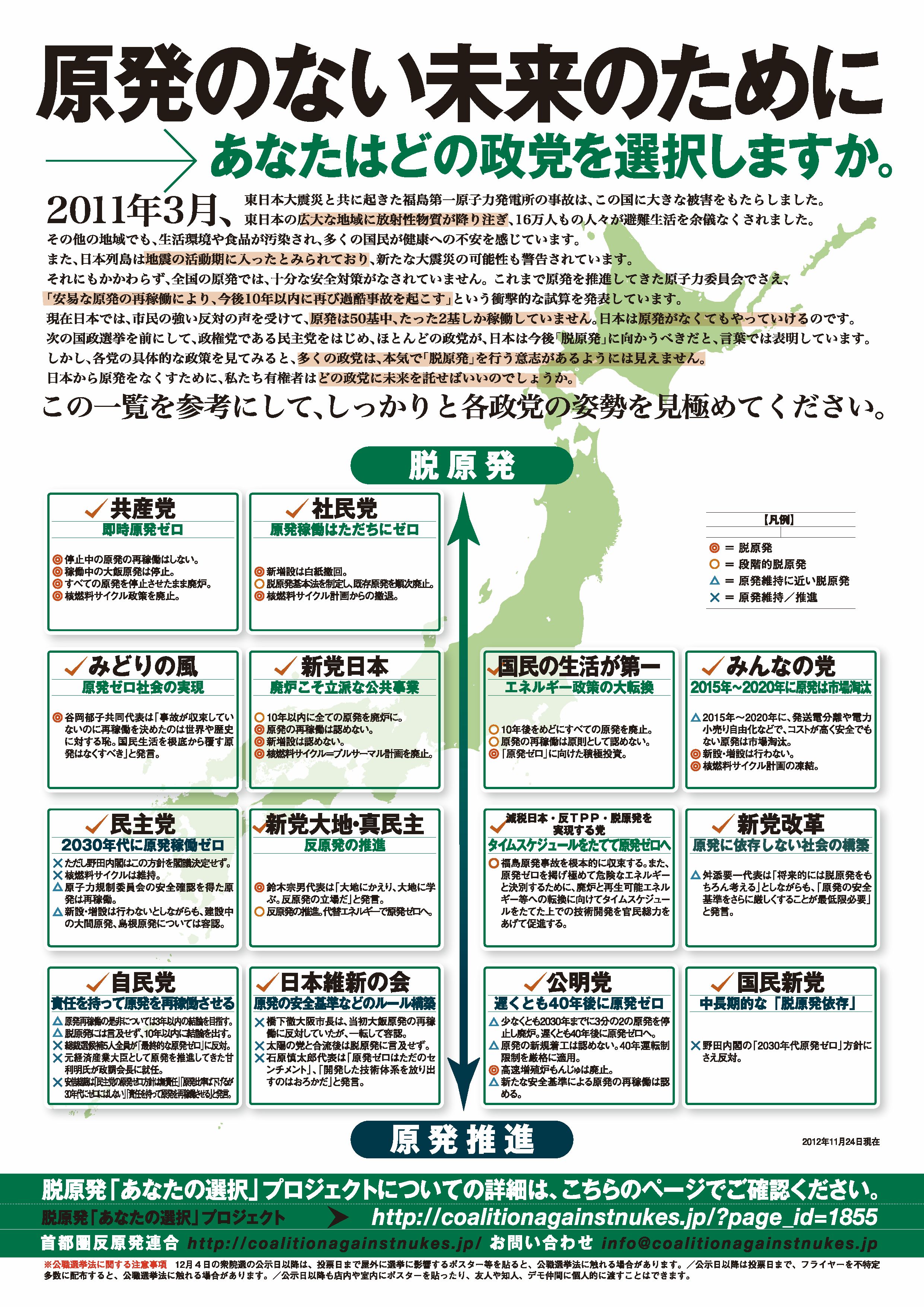 ■Project to get anti-nuclear party members in parliament

・A project is being conducted to gain support and votes for anti-nuclear political parties to get members into parliament. A few hundred thousand flyers have been distributed nationwide.

・On August 22, 2012, a list of four requirements were submitted to Prime Minister Noda at the Official Residence of the Prime Minister. It was a landmark in Japan to have such as official meeting with the government.

・ On July 31, 2012, a round-table discussion between Metropolitan Coalition Against Nukes and members of parliament was held with the aim of abolishing nuclear energy.